Save Big Money Now on Your Favorite Branson Shows The fall and winter seasons are breathtaking in Branson. The beauty of the Ozarks is amplified as guests visit to enjoy precious time with family and to be entertained watching fabulous shows. 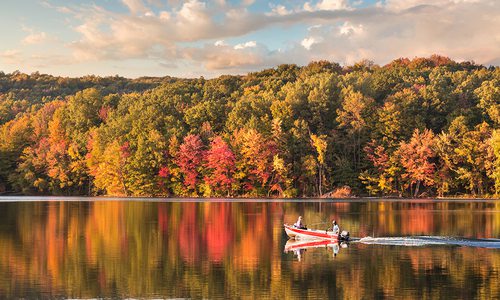 But what shows should you see? And how can you save money so you’re not breaking the bank?

Don’t worry. We have you covered. In this blog, you’ll learn about the best shows to see and discount codes to use during checkout at www.iBranson.com to save $5 off every adult ticket in your order from now through the end of 2022. That’s real cash savings!

Are you ready? Let’s jump in. 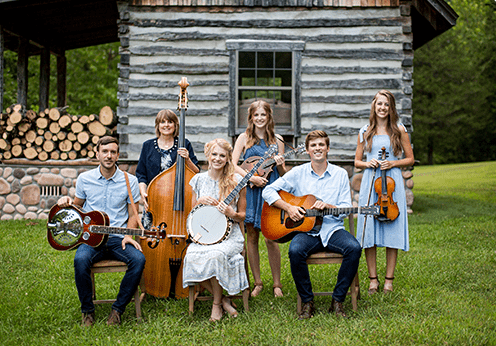 The Petersens are an award-winning bluegrass family in their tenth season of shows in Branson. The band includes American Idol top 48 finalist Ellen Petersen on banjo and vocals. The Petersens perform year-round in Branson, but also enjoy giving concerts throughout the Midwest. For the past five years, the band has booked international tours in Ireland, Canada, and Finland. For authentic music, clean comedy, and family values, you won’t find anyone better than The Petersens!

Throughout the season (March-October) you can see The Petersens' delightful regular season show.  November and December dates offer you The Petersens Christmas! 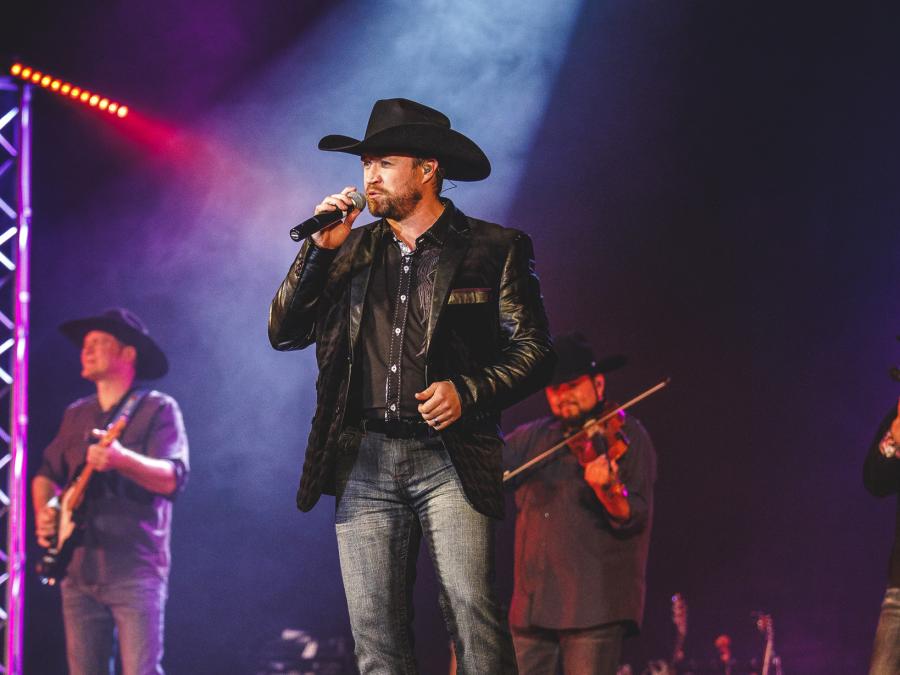 Branson’s Famous Baldknobbers is Branson’s first and longest-running show. Featuring award-winning talent, the show is guaranteed to give you memories to last a lifetime.

As Branson’s premier country music variety show, the show is stacked with all of your favorite country hits and hilarious comedy. But there is more.

As the original Branson variety show, there’s just enough classic rock, patriotic salutes, and soulful gospel music to pull on all of your heartstrings.

How have they remained at the top for over 60 years? That’s easy. The show is upgraded every year to ensure they are offering the best performance possible. 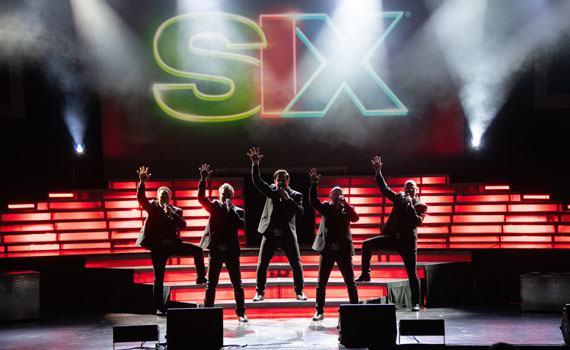 Dubbed an “Orchestra of Human Voices,” these multi-talented brothers sound like a band using only their mouths! One of Branson’s premiere shows, SIX offers something for everyone with their high-energy musical interpretations using a palpable rhythmic bass, driving beatbox style percussion, and an impeccable vocal blend they’ve been developing since childhood.

And don’t leave Branson without spending Christmas with SIX, the showbiz spectacular filled with powerhouse vocals and high-octane energy. SIX takes Christmas musical entertainment to a whole new level. Let SIX transport you from their regular season where they bring their best bits and fan favorites to a Christmas SIX-perience your family will remember for years to come! This year spend Christmas with SIX at Dick Clark’s American Bandstand Theater.

The Magic of Rick Thomas 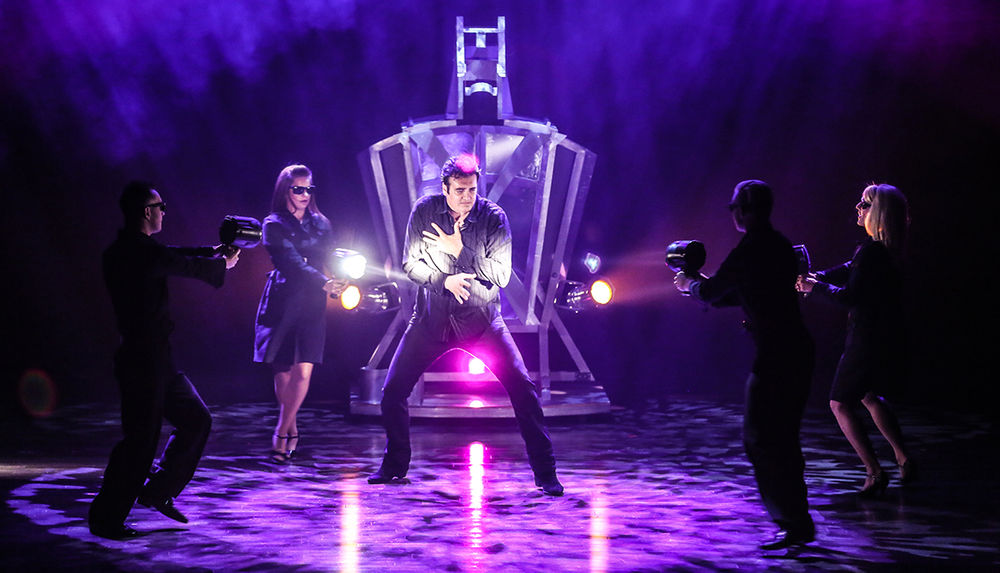 This multi-million-dollar show is like no other in the world!  Years in the making, Rick Thomas, a world re-known, premier illusionist having completed five world tours covering over 50 countries, brings Mansion of Dreams back to center stage at Andy Williams Performing Arts Center, located in the heart of Branson.

Contained within the production is the most intriguing, innovative, and mind-blowing grand illusions in the world. ‘EPIC’ is the word that best describes this incredible production.

Rick Thomas has created a new-found vision that enthralls the audience with mystery, magic, and fantasy all within the walls of his Mansion of Dreams. There’s no show like it in the world...and it’s right here in Branson!

Join Branson’s 10- Time Male Vocalist along with his family for two hours of power-packed entertainment you’ll NEVER forget. This is one of Branson’s top-rated shows and is a tradition with Branson visitors. This is a high-energy, fast-paced show featuring great music, the hilarious comedy of “The Flying J,” and heartfelt moments that will endear you to Doug and his family.

Doug, along with his wife Cheryl, their three children, and their talented cast are thankful to the Lord for the success He’s given them. The show always lifts up God, family, and country. Once you experience this show, you’ll feel like true family to the Gabriels. 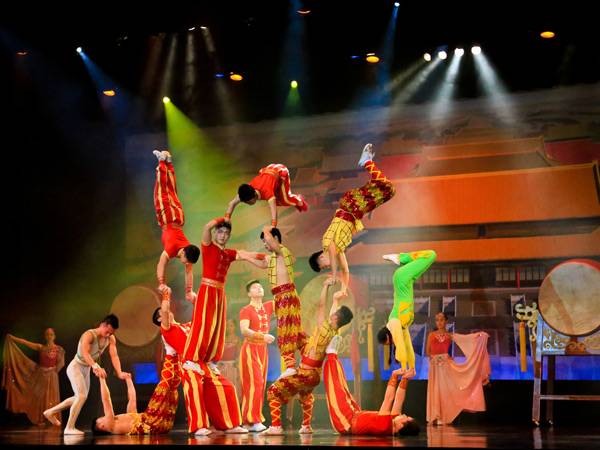 Some of the stunts you may witness include foot juggling, yo-yo tricks, chair balancing, breathtaking acrobatics numbers, mask changing, balancing, a dramatic interpretation of traditional stories, and more. As the acrobats fly across the stage with high-flying flips through the air, the audience will be in awe.

Combined with state-of-the-art lights, sound, beautifully crafted stage settings, and colorful costuming, this world-class Chinese acrobatic show is an Ozarks favorite. It combines all of the colorful themes Branson is known for and surprises guests with astonishing acts not soon forgotten.

The performance is dedicated to China’s culture, including interesting insight into the traditions of Chinese acrobatics. 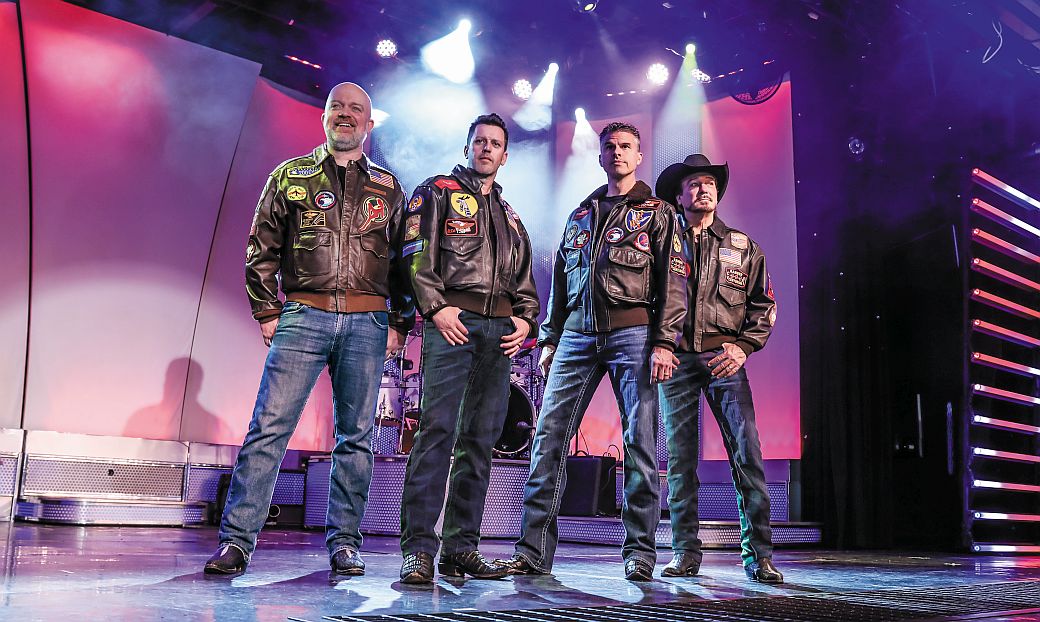 Decades is fun from start to finish. Fans of Tony Turner will be thrilled, as well as Jimmy Ponder fans as these two, along with veteran performer Chadd Ruden and founder Dan Britton (former world-record-holder bass singer) simply own the stage with their four-part harmony. This dynamic show also features James Sibley, voted Branson Comedian of the Year. This funny man keeps the audience and cast members in stitches before, during, and after the show! 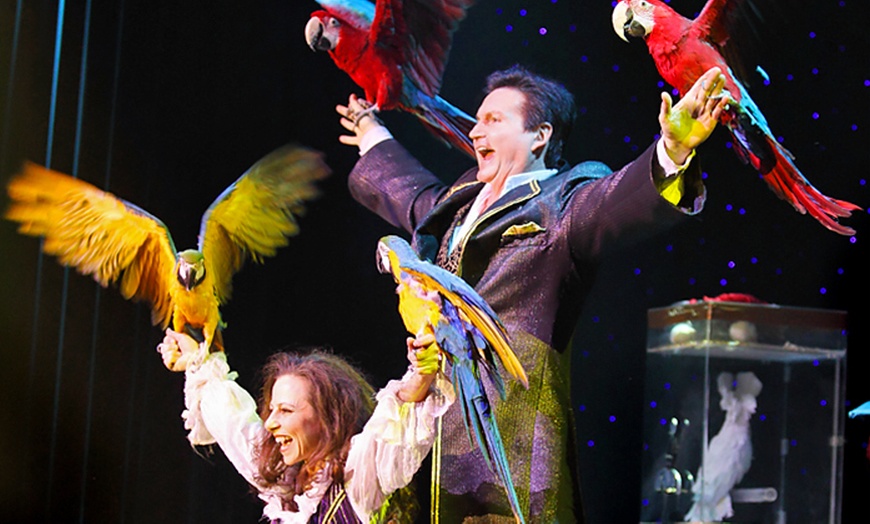 It’s a fast-paced variety show with comedy, singing, dancing, magic, and an amazing veteran's tribute that brings you to tears.

And did we mention birds appear, people fly, and voices soar at Hamners' Unbelievable Variety Show? 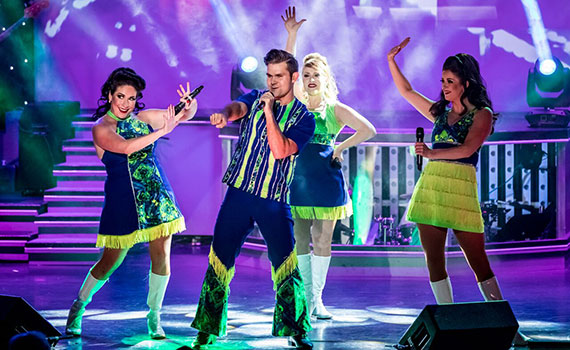 Join us for a non-stop, high-energy PARTY with over 100 hit songs from the 50s through the 70s, over 100 costume changes, a rockin' live band, and a special tribute to our Veterans. 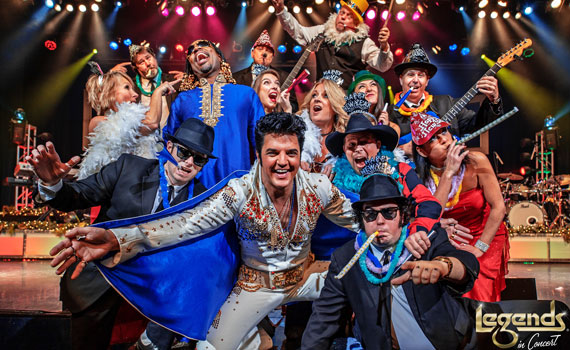 Internationally recognized as The World’s Greatest Live Tribute Show, Legends in Concert dazzles all with spectacular, fun-filled entertainment the whole family will enjoy. Using authentic costumes and their own natural voices, the Legends in Concert cast captures the very essence of the stars they re-create with such emotion and attention to detail. You have to see it to believe it! 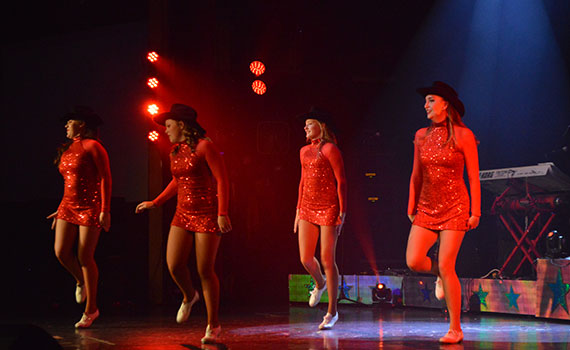 Voted best new show in Branson in 2020, and possibly the most awarded show in 2021, this Grand Ole Opry-style show is everything people say it is. A new twist to Branson but still keeping true to Branson roots, Nashville Roadhouse Live lives up to its motto "Where Country Meets Rock N' Roll!" 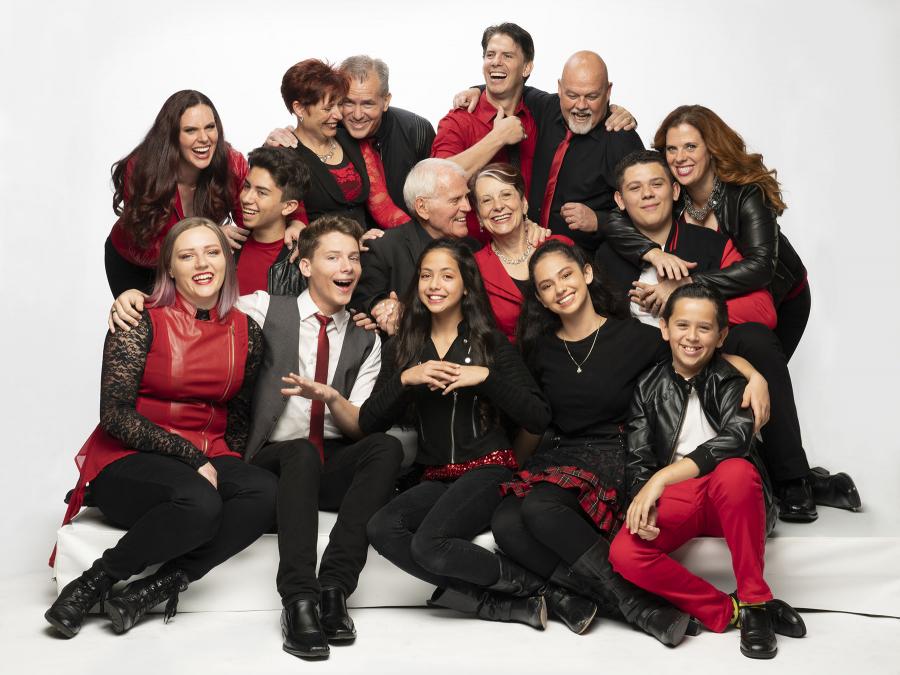 As seen on NBC's hit series "America's Got Talent" and from their nationally broadcast television specials on PBS, this family of singers, dancers, and musicians is guaranteed to please all ages.

With mom on bass and dad on guitar, the talented Dutton children weave their way through a two-hour masterpiece of musical surprises.

The Duttons have toured the world from the stages of Europe to the largest television network in China. They’ve received accolades with every performance. Says All Roads Lead to Branson magazine of this amazing family, "What's winning the fans is their talent, their polished professionalism, and the sincere, friendly goodwill and camaraderie that's apparent to everyone who sees them." 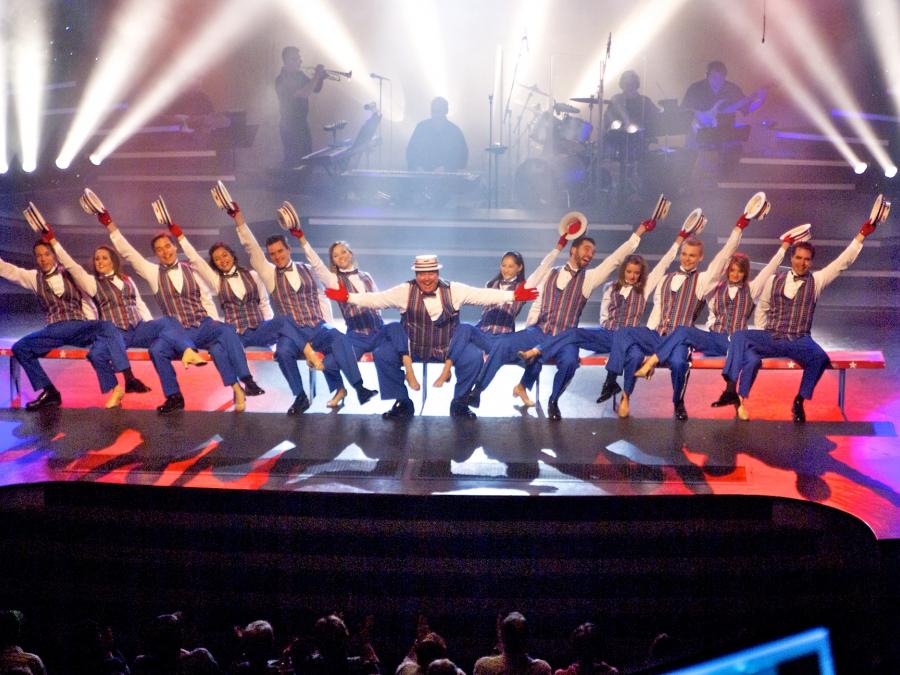 The show features the charismatic and dynamic Hughes Brothers, their stunningly beautiful wives, the sensational heart-throb teens, the talented children, and an award-winning live band all clothed in a colorful array of brilliantly conceived costumes.

The Hughes Music Show defines musical excellence, taking the live music show experience where no Branson show has gone before! 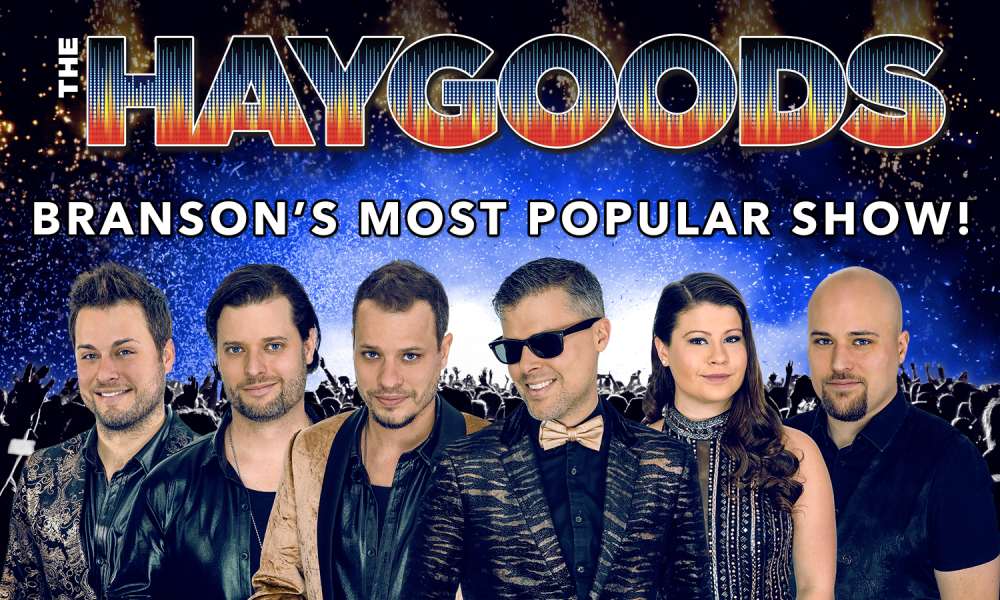 The Haygoods bring down the house night after night with tight harmonies, innovative, energetic choreography, and amazing performances on over 20 different instruments! With over 6,000,000 people taking part in the Haygood experience, you'd better believe there's more to this group than buzz!

The Haygoods are modern family entertainment at its best! This group of six siblings, including five brothers and one sister, brings an all-new show to the Branson stage every year. Stunning visual effects and a state-of-the-art stage presentation are the backdrops to an amazing array of musical styles, performed with more energy and excitement than anything you’ve ever experienced!

In November and December, the Haygoods perform a Christmas Extravaganza that has become a family tradition in Branson. The Haygoods regularly sell out during the Christmas season so get your tickets early. All your favorite Christmas carols are presented with the joy of the season! This amazing experience is one you don’t want to miss. 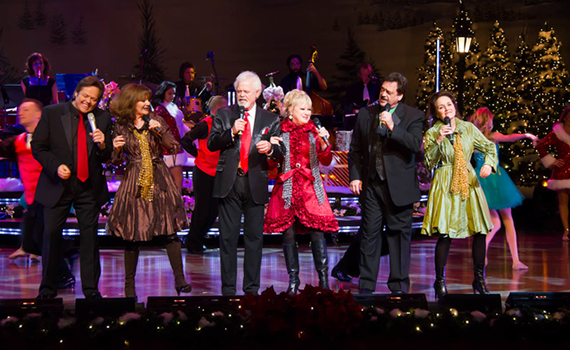 It's the most wonderful time of the year! Keeping the legacy of Andy Williams alive, an extravaganza of this kind can only be found at the Andy Williams Theatre during Ozark Mountain Christmas.

In case you missed any of the discount codes that allow you to save $5 off every adult ticket in your order to your favorite Branson show now through the end of 2022 at www.iBranson.com, here’s a quick summary to help you out:

The Magic of Rick Thomas